from the Japanese, meaning ‘single-chamber kiln’

Having grown up in a rural setting, I was always interested in my natural environment.

This affinity with nature can be witnessed at its strongest in my work. I often scour the countryside on the lookout for unique traces of geological interest. The region between the Limestone Alps and the granite mountains, which has been subjected to millions of years of weathering, is characterised by a diverse range of sedimentary rock formations.

There are reports of abandoned clay and sand trenches here, as well as old brick factories and disused glassworks. Keeping my ears to the ground and listening to those in the know often allows me to uncover areas of hidden treasure.

I only use clay that I have dug out myself, which I then work until it takes on its distinct quality and dynamic appearance. I grind down stones and sand and use these as a thin glaze for my creations.

My first attempts with a wood-fired oven began at the age of twelve. I used to experiment with a small shaft kiln, which was followed by other kilns involving different sorts of firing techniques. In other words, fire has been leaving its mark on my pottery for over 35 years (see the ‘About’ section).

Continually moving forwards, treading new paths and accepting the unexpected. This has always been my philosophy and will continue to be so.

purchase unique pieces in our webshop

1985
Start of apprenticeship in pottery and kiln construction

2005
Founding of atelier in Waidhofen/Ybbs
Hand-shaped tiled stoves, stoneware and porcelain in the gas kiln, 1250°C–1280°C

2005 – 2011
Various markets and exhibitions in Austria, Germany and Belgium 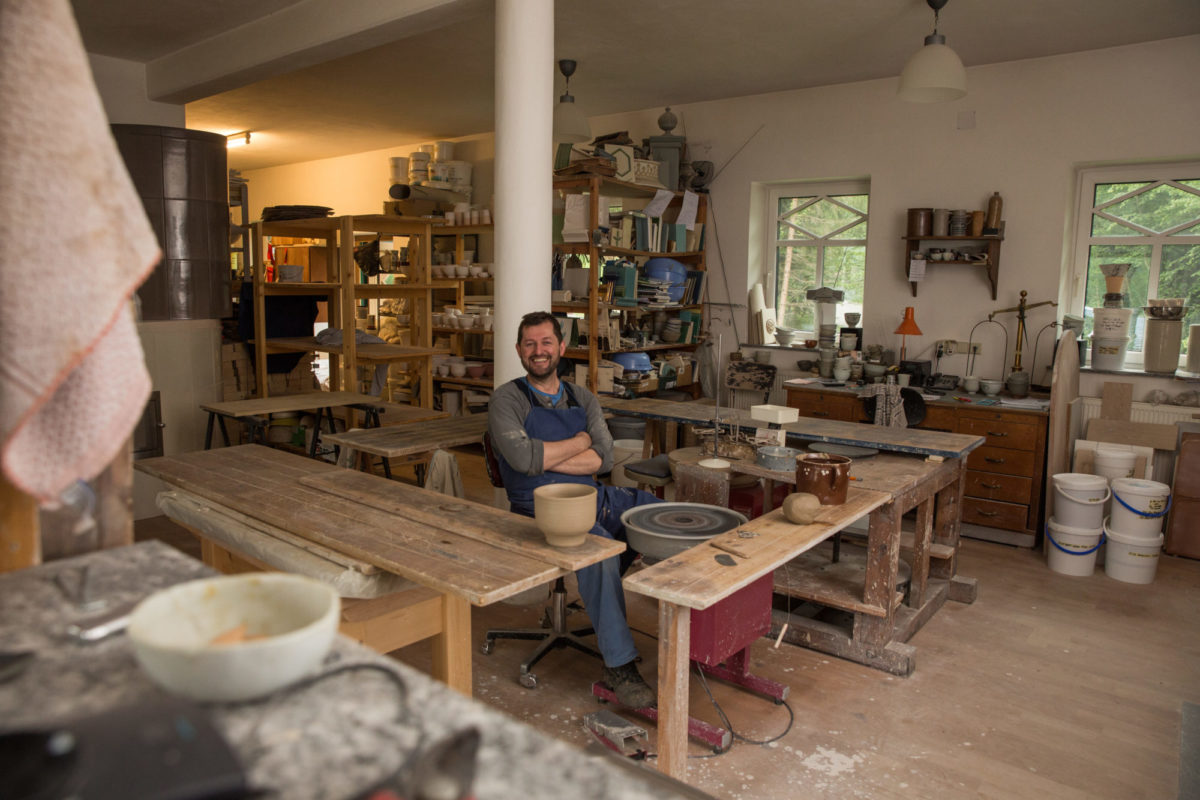 Josef Wieser in his atelier in Waidhofen/Ybbs